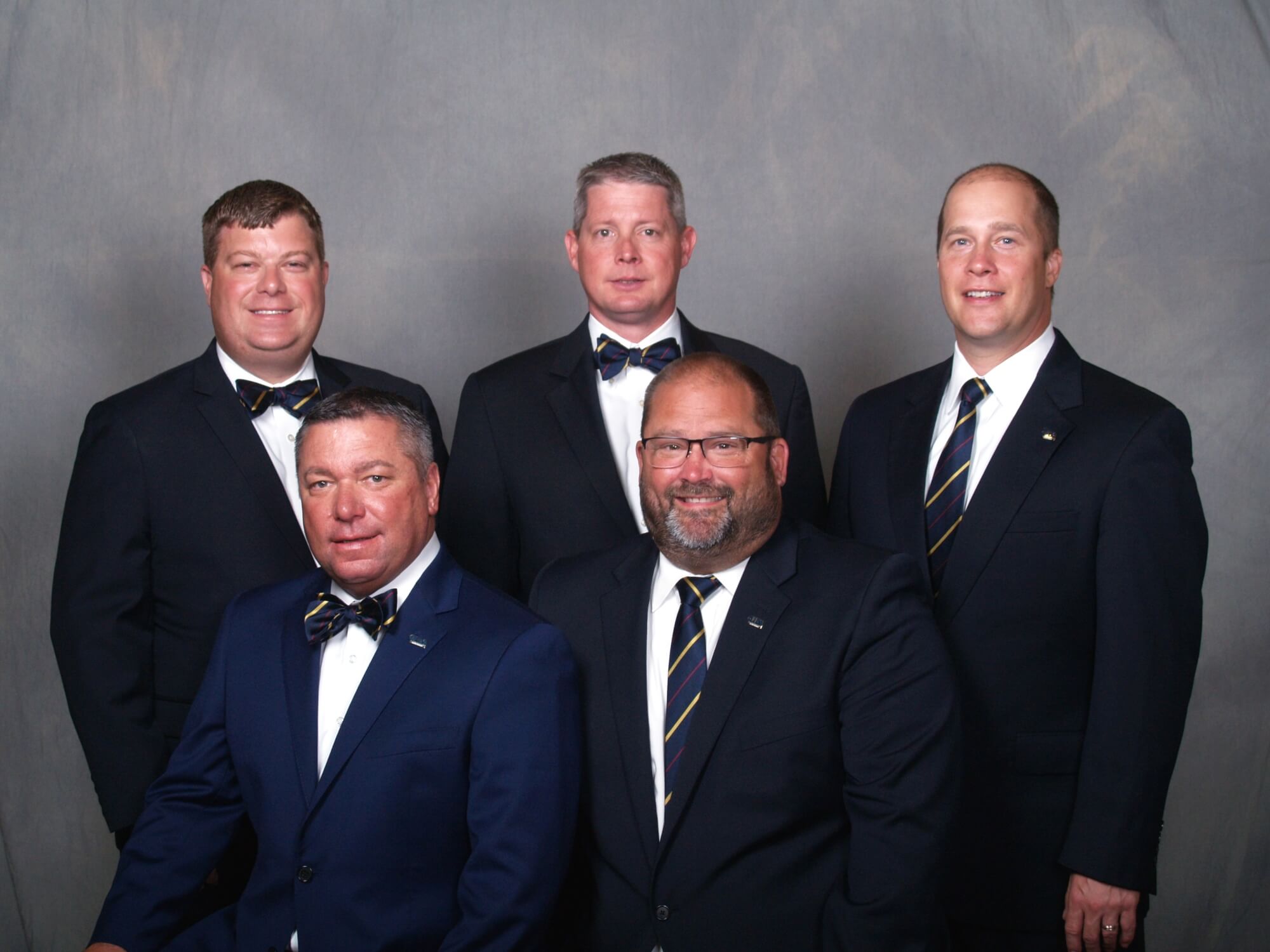 We are proud to announce the 2010-2020 GFDA Executive Committee Members. These gentlemen were elected during our 2019 Annual Convention.
From left to right (front row): Bill Hightower, President & NFDA Policy Board Member; and Rob Roberson, President-elect
From left to right (back row): Nathan Stanley, Immediate Past President; Jason Wommack, Treasurer; and Dan Peeples, Secretary 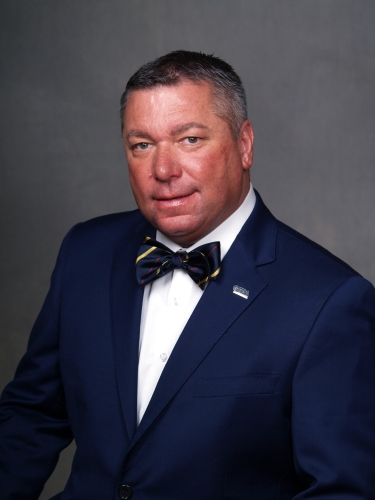 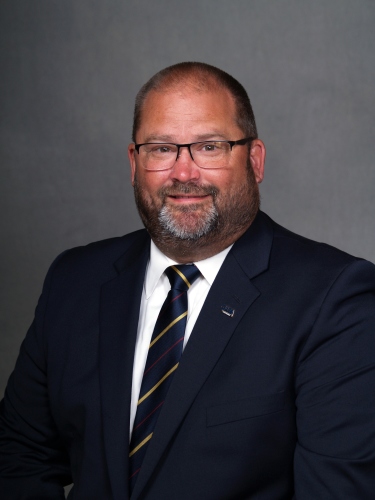 Rob grew up in Blackshear,Ga and graduated from Pierce County High School in 1992. He began his funeral service career at Shepard Funeral Home in Folkston ,GA in June of 1993. Rob moved to Atlanta to attend Gupton Jones College of Funeral Service and graduated in 1996. Upon completing his apprenticeship in Savannah, he moved back to Folkston in October of 1996. Rob was able to purchase the funeral home in 2007. He served as Coroner of Charlton County from 1998-2016. He currently serves on the Folkston City Council. He served on the Executive Committee of the Independent Funeral Directors Of Georgia And was the President Of the Association at the time of the merger with GFDA. He and his wife Jennifer have a blended family of 6 children, Andrew, 21, Sara, 13, Payne, Bennett, and EmmaRae are 11 and Kolbie is 4. 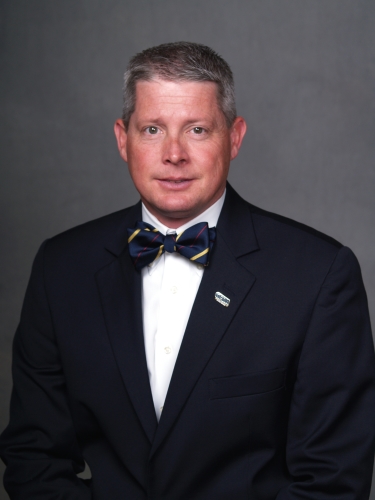 Jason Wommack is a 1994 graduate of Gupton-Jones  College of Funeral Service.  He has been employed with Lord and Stephens since 1995.  He and his wife, Mandy live in Oconee County.  In his spare time, Jason enjoys traveling, motorcycle riding and UGA sports. 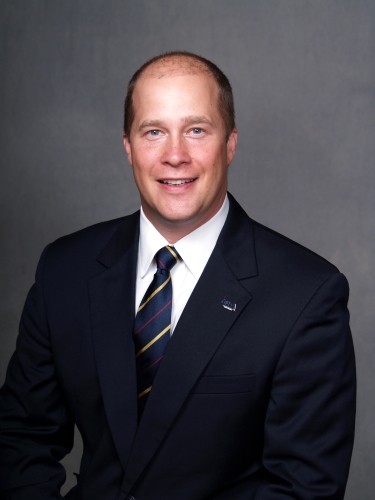 Dan Peeples is the son of Jane and Julian Peeples and is Vice-President of the funeral homes.  He is a licensed funeral director and embalmer.  Dan graduated from University of West Georgia in 2000 and then from Gupton Jones Mortuary College in 2002.  Dan is married to Katie Kinnamon Peeples and they have three children.  Dan is a 2010 graduate Leadership Dalton-Whitfield and a 2011 graduate of the prestigious Leadership Georgia in 2011.  Dan enjoyed being the Mayor of Varnell, Georgia from 2008 - 2013.  Dan currently serves on the Board of Directors for the Georgia Funeral Directors Association.  Besides his love for serving families in their time of need, Dan enjoys working in his orchard in his backyard and playing golf. 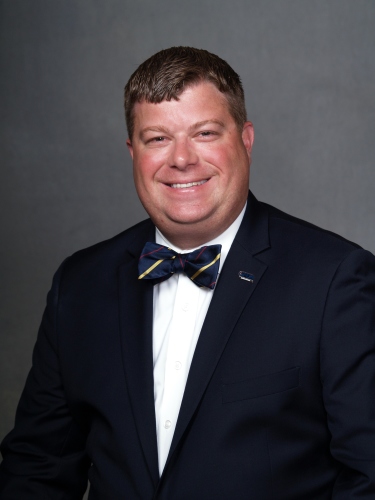 Richard N. Stanley, IV is a third generation licensed funeral director and embalmer. Nathan, as friends and family call him, is a 1998 graduate of Dublin High School and also a 2000 graduate of Gupton-Jones College of Funeral Service in Atlanta. Having grown up in and around the funeral home his entire life, he knew what he wanted to do as a career. His understanding demeanor and thoughtfulness toward the families we serve make him an asset to the business. He is a member and currently serves as President of the Georgia Funeral Directors Association and he is also a member of the Academy of Graduate Embalmers of Georgia. From 2013 until 2015, he served as President of the the Independent Funeral Directors of Georgia. In addition to his duties as a funeral director, he has also served as Deputy Coroner of Laurens County since 2005. He was the recipient of the 2015 "Harry Pippin Award" Deputy Coroner of the Year for the Georgia Coroner's Association. He has one daughter, Janna Kathleen Stanley, one son, Nathan Chandler Stanley and is married to the former Brooke Evans Stanley of Macon. He is an a active member of Marie Baptist Church in Dublin, Georgia where he currently serves as Chairman of Personnel.  He enjoys spending time with his family, traveling, hunting and fishing.

For Consumers
Funeral Home Locator
Pre-Planning
Funeral Planning Advice
Who is the Next of Kin: Georgia Law
Remembering a Life
The Talk of a Lifetime
Youth & Funerals

OUR SITE IS COMPLIMENTARY OF